The Summer of Henry

Published by Vivian Schilling on September 20, 2016

Thirteen years ago during the hottest of Southern summers, the finest companion a novelist could ever want emerged from the shadows of my jungled back yard. Wrenched from the jowls of a hound bent on a snack, an orange kitten…

END_OF_DOCUMENT_TOKEN_TO_BE_REPLACED

Published by Vivian Schilling on August 10, 2016

END_OF_DOCUMENT_TOKEN_TO_BE_REPLACED

… So touts the French publication “Le Parisien.” “Bonobos: Back to the Wild” is now complete and my work on Alain Tixier’s acclaimed documentary is done. The New York premiere is over and the film’s U.S. theatrical release has commenced.…

END_OF_DOCUMENT_TOKEN_TO_BE_REPLACED

A Voice for the Bonobos

I just spent a remarkable ten days in London where I had the pleasure of working with Luke Evans, one of the loveliest actors I’ve ever met—a Welshman no less.

I was there to produce and direct a voice recording session for his portrayal of Beni, a baby bonobo whose life is chronicled in Alain Tixier’s acclaimed French docudrama “Bonobos: Back to the Wild.”

Docudramas are not my usual domain, and I have been intent on not accepting any new film projects until my latest novel is complete, but when I learned that the net proceeds from the film were to benefit the World Wildlife Fund and the Lola ya Bonobo Sanctuary in the Congo, I accepted the offer to head up the adaptation. I was thrilled with the notion that by making the film more accessible to English-speaking audiences worldwide, I could help raise awareness and funding for this highly endangered species of apes.

Last May, while at the Cannes Film Festival, I first met with the film’s creator, Alain Tixier. He speaks little English and I speak even less French, but this would pose no barrier in our collaboration. His passion for his work was infectious. The project would be a labor of love, not only for me, but for all who would become involved, including Luke Evans who took time out of his busy schedule of blockbuster films to bring little Beni to life.

END_OF_DOCUMENT_TOKEN_TO_BE_REPLACED

View Bonobos: Back to the Wild Trailer

Published by Vivian Schilling on December 21, 2013
I’ve always had a deep fondness for the winter—the dark nights, the fire and the hearth. As a writer I find it is often my most creative time of the year, when my cats cozy up and I work long into the nights. The sun and I are better friends in the winter, when the soft orb travels low along the horizon and I can gaze into its warmth without dark glasses.

As those of us in the Northern Hemisphere enter this time of deep reflection, of death and rebirth, of light overtaking darkness, I’m reminded of my recent visit to the ancient tomb of Newgrange in County Meath, Ireland.
The 5,000-year-old passage cairn is aligned to capture the winter solstice at the moment of sunrise, the light piercing through the dark to illuminate its inner chamber. The illumination will last for approximately seventeen minutes before retreating, leaving the depths of the cairn once again in darkness. For several mornings around the solstice, this solar event repeats itself before the inner heart of the tomb finally returns to its year-long sleep of darkness.
Newgrange is part of the Brú Na Bóinne, or Mansions of the Boyne, a collection of megalithic cairns erected at the bend of the River Boyne. It is one of the oldest man-made structures on earth. It was radiocarbon dated to 3200 B.C., making it older than Stonehenge and the Great Pyramid of Giza.
There are many theories as to why the Neolithic people built the magnificent mound. While archeologists originally classified it as a passage tomb, many now recognize it as an ancient temple, one of powerful religious, cultural and astronomical significance.
END_OF_DOCUMENT_TOKEN_TO_BE_REPLACED

Land of the Redhead

Published by Vivian Schilling on September 29, 2013

I recently returned from an amazing trip to the Republic of Ireland—a vacation mixed with research for my current novel. I’ve been back for almost two weeks now, yet my days and nights are still turned upside down. In the middle of the afternoon I’m falling into a coma where remnants of the Emerald Isle rush past in delicious snippets of sight, sound, and glorious green. If there’s anything Ireland is, it’s green.

As a redhead with Irish roots, I’ve wanted to visit Ireland from the time I was a small child. When teased about my freckles and orange hair, my mother would tell me about the Land of Redheads where Carrot-tops, Pumpkin-heads, and Irish Setters reigned. All the better that the land had no snakes.

For as long as I can remember, Ireland has lived as a mythical place in my being, a magical realm alive with spirit. Land of the bard, the storyteller, and the seer. Land of the Druids and the dreamers. Land of the Kings of Tara, of Catholicism, Protestantism, and old Pagan religions. A land so incredibly beautiful that it couldn’t possibly exist.

I’ve spent considerable time in the neighboring Wales researching her culture and Celtic mythology, as well as enjoyed many visits to England. More than once, I’ve stood on the Aberystwyth shore and looked across the Irish Sea, but never traversed those waters until now.

END_OF_DOCUMENT_TOKEN_TO_BE_REPLACED 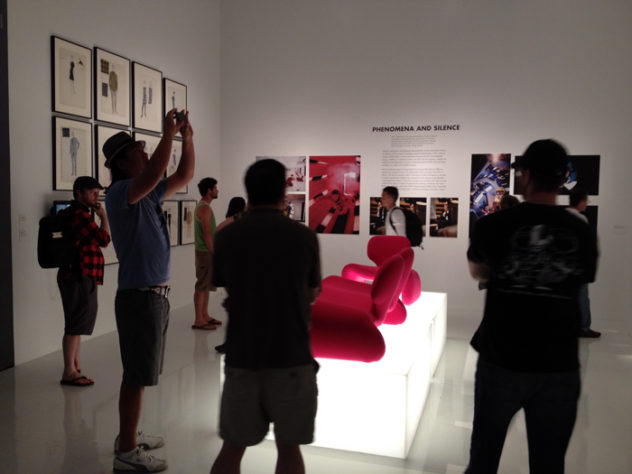 END_OF_DOCUMENT_TOKEN_TO_BE_REPLACED

Published by Vivian Schilling on September 19, 2012

Presented by Arkansas Democrat-Gazette Levi Agee’s Screengems: A chat with Vivian Schilling about Toys in the Attic September 19, 2012 By Levi “Big Daddy” Agee   Toys in the Attic, which opened in Northwest Arkansas last week and is scheduled to…

END_OF_DOCUMENT_TOKEN_TO_BE_REPLACED

Published by Vivian Schilling on September 1, 2012
Sept. 12, 2012 by Ramin Zahed–Animation Magazine
An inventive, English-language version of Jiří Bárta’s acclaimed stop-motion feature Toys in the Attic arrives in the U.S. this month.
It looks like Cowboy Woody and Buzz Lightyear have some interesting competition this month. The new English-language version of Czech animator Jiri Barta’s “Toys in the Attic” (originally titled “In the Attic: Who Has a Birthday Today?”) arrives in the U.S. in select theaters, thanks to a new adaptation by Vivian Schilling and a top-notch voice cast that includes Forest Whitaker, Joan Cusack, Cary Elwes and Schilling herself.
END_OF_DOCUMENT_TOKEN_TO_BE_REPLACED